A series of pastel drawings using the typographic names of the 'SIREN'S from Homer's Odyssey as a starting point for mark making and colouration of the image. 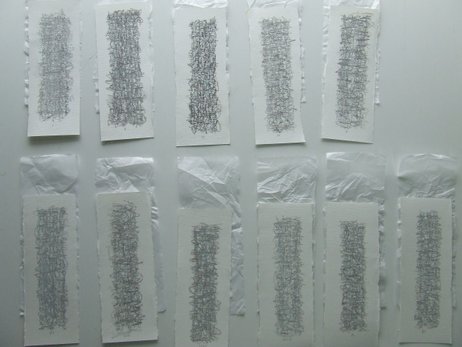 Contemplation is a series of eleven drawings, each one represents a day of life. They are assembled here as one photograph, but also exist as separate drawings. The pastel marks are a repetitive and act as a catalyst for remembrance and contemplation on the transitory nature of life. 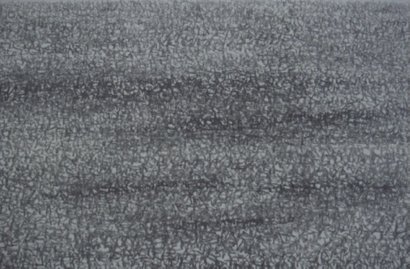 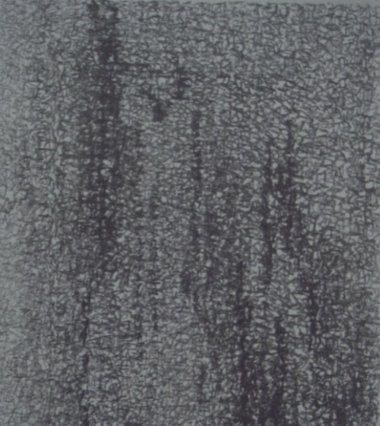 Pause are a series of small scale drawings that relate to moments in between, breaks from the larger scale, experimenting with the directional pull of the mark.

Pastorale is a small body of work that explores the opportunity to have a ‘time of grace’, and to explore what this could bring to the work. It is a series comprising of square paintings of different scale, that challenged the balance of both the content and the craft. as within the chinese tradition of the Yuang dynasty, they go beyond representation  and the visible world. The have become a means of conveying the inner landscape.

HORIZON I
in oils

Horizon introduces an element of distance into paintings, the notion of having an horizon, and what that would mean in terms of a concept for a painting. It has necessitated a need for a fundamental change in direction, namely to explore the realm of Landscape. Horizon can be described as a line at which earth and sky appear to meet; a perspective, a point of view.This perspective would seem at first as if it could be definable, and yet on closer inspection would change. This could be at times a subtle shift of tone or mark, and at others quite dramatic particularly when viewed from a different position. Some elements of the paintings/drawings would get lost and merge with others whilst others would come to the fore. 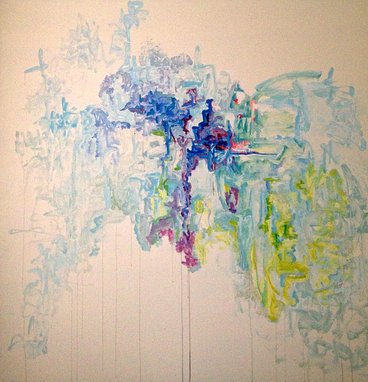 Journees are a series of twenty explorations of the surface of the square canvass, a response of the touch through the paint. Looking at the tonal shift from one colouration of mark and gesture to the next as they cover each area of the square, and fading towards its edge.